This websites use cookies. By continuing to browse the site you are agreeing to our use of cookies.
Accept More information
FREE UK MAINLAND SHIPPING OVER £100*
CALL: 0116 2602601
[email protected] 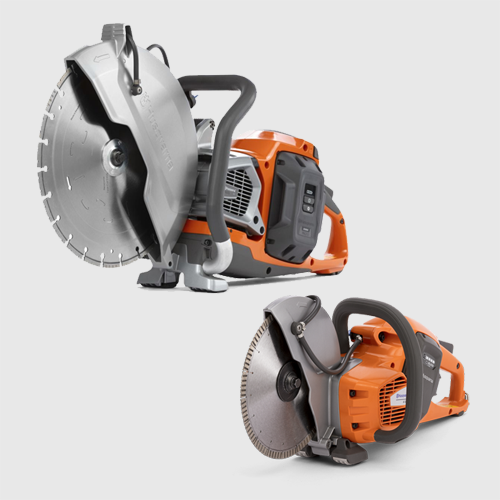 Husqvarna have been widely known as the best brand for disc cutters for many years, and now their battery powered disc cutters are leading the way in a new market.

Husqvarna’s mantra for disc cutters is to keep on improving. Elements such as product weight, performance, user comfort and value are continually being reviewed to ensure that their machines are as good as they can be.

Battery powered products used to be less powerful than their electric and fuelled equivalents, but continued breakthroughs in battery technology have led to a point where a portable power cutter can achieve superb results.

Husqvarna have now brought out two battery cutters; the K1 and the K535i.

Having an electric motor instead of a petrol engine reduces the weight of the machine which increases user comfort. There are also fewer moving parts, which means fewer elements to need repair. BLi batteries used in the K535i are interchangeable with other Husqvarna battery powered products, for example chainsaws, trimmers and mowers. You can view our battery and charger guide to see operating and charging times for each battery and machine.

Charging a battery is much cheaper than buying petrol, so the difference in running costs will become apparent the more you use it.