Construction Industry 2015 – How Was It For You? 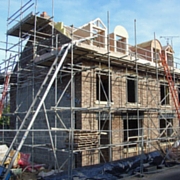 It is no secret that the recession back in 2008 hit the construction industry hard, with the industry shrinking at a rapid rate, for those in the business times were especially hard.

Thankfully, however, the recession was fairly short; with the UK’s recession officially ending at the back end of 2009 (though it was a while before many of us felt the benefits!).

Now six years on, what has 2015 been like for the construction industry? Well, for most people working in the industry – mixed. According to latest figures (September 2015) from the Office of National Statistics, output by the construction industry decreased by 1.6% compared to the same time last year. A factor in this could be the slowing down of house building. With investors wary of potential mortgage rate increases and a cut in financial support to housing associations, the new build sector seems to have taken a hit.

So, what does this mean for the start of 2016? With the lack of affordable housing a major issue, we may find that house building picks up in 2016. The government has identified a series of ‘housing zones’ that are suitable for residential development. These zones could mark the creation of 45,000 new homes. This, along with a relaxing of some planning restrictions, could be the start the industry needs to 2016.

With around 2.1 million people employed within the construction industry, it is a vital part of the UK’s economy and is often a good measure of how the rest of the economy is fairing (plenty of new extensions and property developments indicate people are secure in their finances and that borrowing rates are good).

As important as the construction industry is, a growing skills gap needs to be addressed. With fewer and fewer young people choosing a career within construction, there is the potential that we may end up with a shortage of skilled workers able to tackle everyday construction projects. In 2016, we may see a push to encourage more young people on to construction-based apprenticeships in the hopes of preventing this national shortage.

Controlling the wider issues affecting the construction industry is impossible and the best any small business owner can do is to operate their business as cost-effectively as possible.

A key factor for any business is to maximise profit at every opportunity, this includes getting materials at the best prices and turning projects around as quickly as possible and to the highest standards – to prevent future snagging.

Using professional standard tools and equipment will not only ensure you have the right tool for the job but will also mean you can save time and hopefully, maximise profit.

Here at Red Band we stock a wide range of powerful, durable tools and equipment from leading manufacturers including Husqvarna, Clipper and Belle. For advice on choosing the right equipment for your next project, call the knowledgeable team on 0116 260 2601.